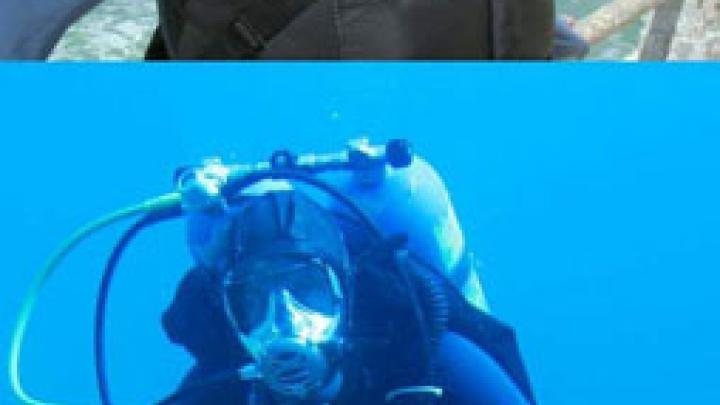 McMaster alumna Beverly Goodman has been named an Emerging Explorer by National Geographic.
What does it take to be recognized by one of today’s best-known geographic magazines? Being at the forefront of your research career, being adventurous with your research and studying uncharted territory are all required – and receiving your PhD from McMaster University certainly helps.
Beverly Goodman, who earned her PhD from the School of Geography and Earth Sciences, has been named an Emerging Explorer byNational Geographicmagazine. The program recognizes and supports uniquely gifted and inspiring adventurers, scientists, photographers and storytellers who are making a significant contribution to world knowledge through exploration, while still early in their careers. Each Emerging Explorer receives an award of $10,000 to assist with their research and to aid further exploration.
Goodman was recognized for her work exploring the complex ways nature and humans interact on coastlines, more specifically, the causes and frequency of tsunami events. Her fieldwork centred in Caesarea, Israel where her team discovered evidence that proves a tsunami struck the ancient harbour sometime in the first or second century A.D., which may have caused its destruction. Up until this point, the lack of physical evidence contradicted what was written in historical texts – showing that relying on texts alone can be unreliable.
Goodman studied at McMaster from 2001 to 2006 under the primary supervision of professors Eduard Reinhardt and Henry Schwarcz in the School of Geography and Earth Sciences. She credits her supervisors with being the biggest part of her experience at McMaster.
“Overall, it was a great place to do my PhD because of the equipment and support available there,” stated Goodman. “Also, the quality of life for graduate students was much better than what I have seen and experienced at many American universities.”
At the moment, Goodman is in the middle of the Red Sea as a researcher for the Interuniversity for Marine Sciences. For the future, Goodman is considering different options for tenure track academic positions, and plans to continue to work on coastal environment questions that are relevant in both archaeological and modern contexts.
“Working with Beverly, I knew she would go on to great things,” says Reinhardt. “Everyone in the School is proud of the research she is doing and excited to see where it will take her next.” […]