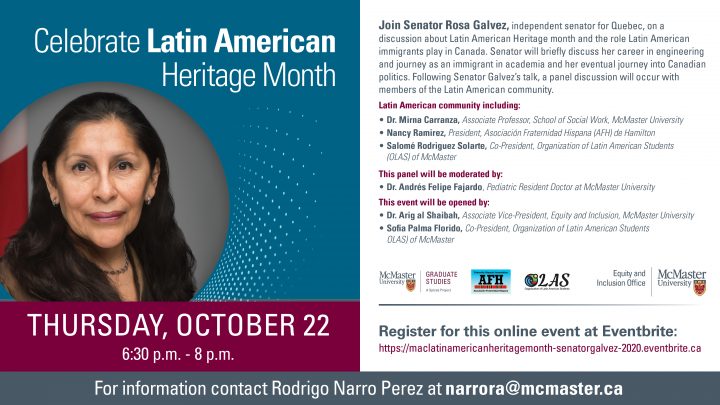 Join Senator Rosa Galvez, independent senator for Quebec, on a discussion about Latin American Heritage month and the role Latin American immigrants play in Canada. The Senator will briefly discuss her career in engineering and journey as an immigrant in academia, and her eventual journey into Canadian politics.

This panel will be moderated by Dr. Andrés Felipe Fajardo, paediatric resident doctor at McMaster University.