Welcome to the heart of Ontario and the economic engine of Canada – Hamilton and south central Ontario.

Hamilton is the ninth largest city in Canada, fourth largest in Ontario, and ranked as one of the top 10 places to do business in Canada. Situated on the Niagara escarpment, Hamilton is only 45 minutes southwest of Toronto and northwest of the U.S. border.

McMaster is nestled in the west end of Hamilton in a residential area called Westdale Village. Bordered by Cootes Paradise, the Royal Botanical Gardens, and the shores of Lake Ontario, the campus is connected to kilometres of nature trails, biking paths, and Hamilton’s burgeoning waterfront.

Those in search of a more urban experience are never too far from amenities in downtown Hamilton – restaurants, concert theatres, hockey games, art galleries, street festivals and more. 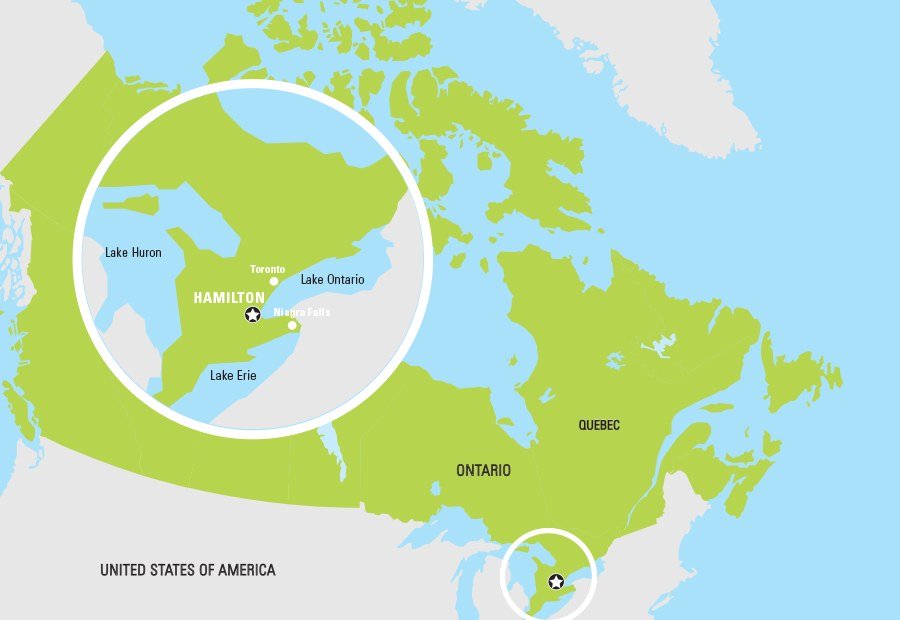 Hamilton Street Railway – better known as the HSR – is Hamilton’s city-wide public bus transportation. You will need to pay HSR bus fare out-of-pocket until you pick up your HSR student bus pass at McMaster University.

Visit the Graduate Students Association site for more information about your U-Pass/Presto Card.

For more about using your Presto Card, watch this video.